I Had No Furniture

Autobiography of a bad tooth. Uphill in the left. A bad tooth in the orbit.

I enjoy the daylight savings time difference, very bright and too dark as well.

Because I live almost in the middle of the lane, fourth from the outer corner.

One fine day, I heard a knock, and they sneaked in. They had a few sharp tools, and a water nozzle too.

I was surprised because my neighbors were far well off—so they should have been the target.

The intruders knocked things around though their movements suggested the precision of a scientist—quiet, and assured. They did not rush into anything—they were just scanning my walls and the floor.

I had no furniture. And I was not sure if I should be happy about it now.

I felt like my house could fall anytime, and all I wanted was that they should scan it, and find nothing, and leave.

Another craftsman entered and I felt like I was in a coal mine.

Too much noise, in a golden light that was targeted from outside the gate.

Were they using gold to extract coal?

Should it not the other way around?

Yes, I felt as if I was in a coal mine that was close to a soap factory. The smells had combined. The stories of coal mine disasters started making rounds in my mind—amidst rock cutting metallic noise. Not sure how my neighbors were so composed.

Soon, the crew were cleaning the mess too. As if they found something and now they were repairing something.

All quiet. As if FBI agents had entered into a coal mine by mistake but now they had to do something and deliver something to show it to Mr. President.

Massive thanks to the crew at Dantantra for their craft. I understand the context now.

Will only my three walls to support me, I trust them fully.

Uphill in the left. A bad tooth in the orbit.

PS: An account of my dental visit to Dantantra, 3 days back.

Photo by Vincent Erhart on Unsplash 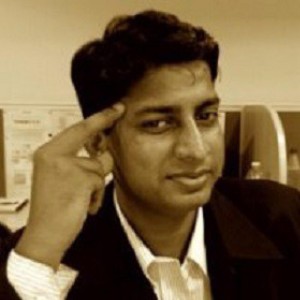 I am Vinish Garg, and I work with growing product teams for their product strategy, product vision, product positioning, product onboarding and UX, and product growth. I work on products for UX and design leadership roles, product content strategy and content design, and for the brand narrative strategy. I offer training via my advanced courses for content strategists, content designers, UX Writers, content-driven UX designers, and for content and design practitioners who want to explore product and system thinking.
PrevPrevious postA content strategy project meeting in a rapid fire mode
Next postDesigning for sales, selling the designNext